10 Great Things To Do In London 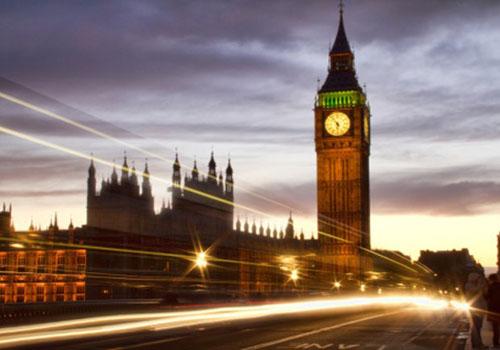 10 great things to do in London

Discover the city with LVC’s list of 10 great things to do and see in London. Whether you live here or are just visiting, London’s got something for you. And it needn’t cost a fortune. While London certainly can be expensive, some things – many things, in fact, are actually free.

Obviously, free things are often outdoors, and that means summer is probably the best time to enjoy them. London is literally filled with amazing art exhibitions, iconic attractions, secret spots, world-famous theatre, beautiful green parks, and yet you can still feel as if you’ve hardly scratched the surface. On top of which, there are hundreds, if not thousands, of historic pubs to visit across the city – some overlooking the river, some by parks, some in the centre of town.

London, a massive place, can certainly feel overwhelming – but our guide can help you navigate the biggest city in Europe.

What? A riverside icon on London’s South Bank dedicated to modern and contemporary art. It’s the younger, hipper sibling to Pimlico’s Tate Britain.

Why? To be inspired and challenged – even by the architecture. Tate Modern is based in what was Bankside Power Station. Its 2016 Switch House extension added gallery space and incredible 360-degree views of the London skyline. Step inside to discover works by the likes of Parker, Matisse and Bourgeois, all part of the free permanent collection.

Don’t miss: The Tate Boat runs up and down the Thames between Tate Modern and Tate Britain every 30 minutes during gallery opening hours. Just tap in and out with an Oyster or contactless card as you would on the tube or bus.

What? A cathedral to culture, the V&A is a world-class museum championing the very best of decorative art and design.

Why? Popular ticket exhibitions often sell out, but the permanent exhibits are fascinating and free to visit (book a ticket and time slot through a new and socially distanced system).

3. Eat food from all over the world at Borough Market

What? Dating back to the thirteenth century, London’s oldest food market is a cornucopia of gourmet delights.

Don’t miss: Once notable for its crowds, the market now has a Covid-safe capacity (facemasks remain compulsory). Arrive early, get a coffee, buy some cheese from Neal’s Yard Dairy, Brindisa or Bread Ahead, and head for a riverside picnic.

What? A good old-fashioned caff. Since 1900 this workers’ café has provided carbs and protein in eggy, meaty and pan-fried form to the good people of east London.

Why? Traces of bygone eras, like art deco interior details and Formica tables have earned E Pellicci Grade II-listed status, but what diners love best is that the fry-ups, grills and Italian plates are still all dished up by the same family.

Don’t miss: As excessive as it sounds, you should chase down your fried breakfast with pudding – bread-and-butter pudding, to be precise. The customers go crazy for it!

Why? Although home to fruit and veg stalls too, Portobello Market is best known for the antiques and bric-à-brac stalls featuring at the Chepstow Villas end of the road. Don’t be fooled by the fold-out tables – this isn’t cheap tat and there are some serious treasures here. For more secondhand items, go further up, beyond the Westway.

Don’t miss: The market at its antique-like best. Sections of the market are open six days a week but for vintage treasures, brave the crowds and go browsing on a Saturday.

What? London’s entertainment epicentre in the West End with a somewhat torrid history. It now teems with drinkers and diners on its pedestrianised streets.

Why? Soho’s iconic and long-standing businesses need your support right now. Plus, the hedonistic spirit of the area lives on in its streets.

Don’t miss: Grade-II listed pub The French House. Charles de Gaulle used it as a base in exile during World War II, Dylan Thomas and Francis Bacon both drank here and beer, famously, is only ever served in halves.

What? An intense hit of Chinese culture sandwiched between Soho and a shuttered Theatreland, Chinatown is one of London’s best eating places.

Why? Bilingual street signs, colourful pagodas, lion statues and grand red-and-gold gates welcome you to an area packed with restaurants and shops – many of which have taken a hit across the pandemic. It’s now pedestrianised to encourage people back to supermarkets like See Woo and fast-food spots like Chinatown Bakery.

What? Bathing ponds in the middle of the wild green space of Hampstead Heath, where you can splash about any time of year. In fact, it’s the only place in the UK to offer life-guarded open-water public swimming all year round.

Why? With men’s, women’s and mixed ponds, there’s nowhere better – or more picturesque, as the ponds are a short walk from Parliament Hill, so you can cool down on (if you get) a boiling hot London day. The mixed pond is members-only and not lifeguarded in winter. Good swimmers aged eight-plus are allowed. Jump straight in: there’s no shallow end!

Don’t miss: Looking for a hot shower afterwards? You’ll only find them at the Ladies’ Pond. Female only.

9. Dinosaurs and friends at the Natural History Museum

What? A home to an impressive 80 million plant, animal, fossil, rock and mineral specimens. This South Kensington spot, which is also a world-class research institution, is full of wonders.

Why? To come face-to-face with animatronic dinosaurs, a man-sized model of a foetus, a dodo, a giant sequoia tree, an earthquake simulator and glow-in-the-dark crystals.

Don’t miss: A great big blue whale skeleton which hangs from the ceiling of the Hintze Hall and goes after the name ‘Hope’.

And now, the best of all…

What? This is the capital’s biggest, grandest, and maybe most beautiful royal park.

Why? With its ancient woodland, think open space and rural wilds in the heart of the city. This former royal hunting ground has changed little over the centuries, but modern-day visitors are more likely to be wielding a kite than a bow and arrow. Look out for wild red and fallow deer but be sure to keep your distance (especially during autumn’s rutting season). In addition to all the natural beauty and wildlife, Richmond is also one of the prettiest places in London, filled with charming restaurants and cafes.

Don’t miss: The Isabella Plantation for swathes of blossom in spring and summer. Rent a bike to really get to see the whole park. Go in May to July and you might see a baby deer being born; go in September to October and you’ll see the mating season – stags fighting each other to win a female’s attention.

If you would like to know any more about our courses, or if you have any questions at all about learning English, just drop us a line at: