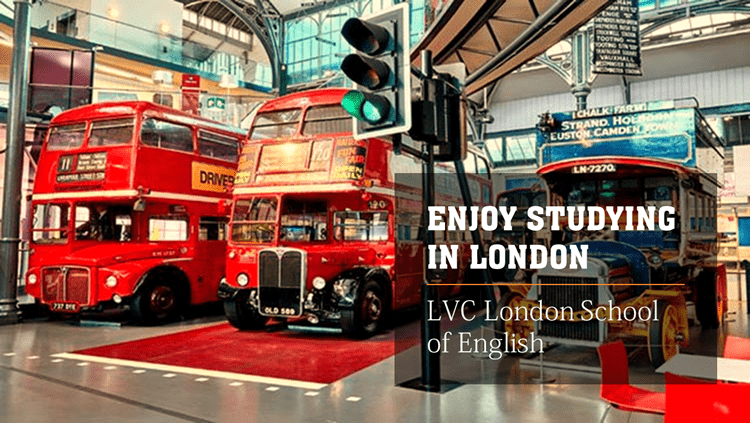 The London Transport Museum (often abbreviated as the LTM) is a  museum based in Covent Garden, London. It mainly hosts exhibits related to the heritage of London’s transport, as well as conserving and explaining its history. The majority of the museum’s exhibits originated in the collections of London Transport but, since the creation of Transport for London (TfL) in 2000, the remit of the museum has expanded to cover all aspects of transportation in the city.

The museum operates from two sites within London. The main site in Covent Garden uses the name of its parent institution, and is open to the public every day, having reopened in 2007 after a two-year refurbishment. The other site, located in Acton, is known as the London Transport Museum Depot and is principally a storage site of historic artifacts that is open to the public on scheduled visitor days throughout the year.

The museum was briefly renamed London’s Transport Museum to reflect its coverage of topics beyond London Transport, but it reverted to its previous name in 2007 to coincide with the reopening of the Covent Garden site.

The museum’s main facility is located in a Victorian iron and glass building that had formed part of the Covent Garden vegetable, fruit, and flower market. It was designed as a dedicated flower market by William Rogers in 1871 and is located between Russell Street, Tavistock Street, Wellington Street, and the east side of the former market square. The market moved out in 1971, and the building was reopened as the London Transport Museum on 28 March 1980. The collection had been located at Syon Park since 1973 and before that had formed part of the British Transport Museum at Clapham.

On 4 September 2005 the museum closed for a major £22 million refurbishment designed by Bryan Avery of Avery Associates Architects[5] to enable the expansion of the display collection to encompass the larger remit of TfL which administers all forms of public transport. Enhanced educational facilities were also required. The museum reopened on 22 November 2007.

The entrance to the museum is from the Covent Garden Piazza, amongst the Piazza’s many tourist attractions. The museum is within walking distance from both Covent Garden Underground station and Charing Cross railway station.

What can I do?

Keep children engaged as they follow the stamper trail through the galleries, stopping at the 13 numbered stations to get their cards stamped. Aspiring drivers can hop on board a bus and take the controls, or climb to the top of a tram and look down on the visitors below.

Future engineers can plan a happy city in the Future Engineers gallery, fix a modern tube train or try out the latest ticket technology. Interactive exhibit, Untangling the Tracks, lets kids man the signals and organise the trains arriving at London Bridge.

How can I get London Transport Museum?

The closest Tube station to the London Transport Museum is Covent Garden Underground station, which is a two-minute walk away. Leicester Square, Holborn, Charing Cross and Embankment Underground stations are all less than 10 minutes away.