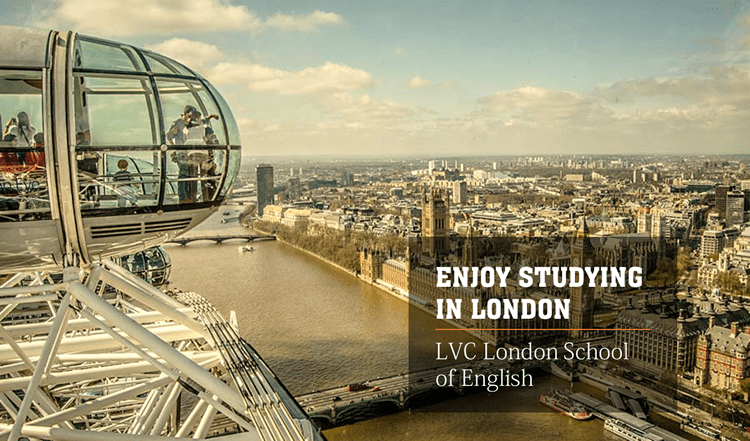 The best opportunity for any visitors of London who want to learn English and enjoy the country attractions at the same time.

The London Eye used to offer the highest public viewing platform in London until it was replaced by the 245-meter-high (804-foot) observation deck on the 72nd floor of The Shard, which opened to the public on February 1, 2013.

The London Eye adjoins the western end of Jubilee Gardens (formerly the site of the ancient Dome of Discovery), on the south bank of the River Thames, between Westminster Bridge and Hungerford Bridge, next to County Hall, in the district Londoner from Lambeth. The nearest tube station is Westminster, 420 meters (1,378 feet) away.

The experience you can get on the London Eye

- One chilled glass of Pommery Brut Royal Champagne per host.
- Fast track boarding through a dedicated entrance
- 30-minute rotation
- 360 ° moving views from the heart of the city
- Stunning views of London's iconic landmarks such as the Houses of Parliament and Buckingham Palace.

Where is the London Eye?

The London Eye is located on the south bank of the river Thames. The nearest station is Waterloo, but Charing Cross, Westminster and Embankment are also a short walk away. Several bus routes stop near the London Eye.

Tickets to the London Eye must be pre-booked online with timed entry.

The London Eye opening times vary throughout the year, typically the attraction opens at 10am and closes between 6pm and 8.30pm.